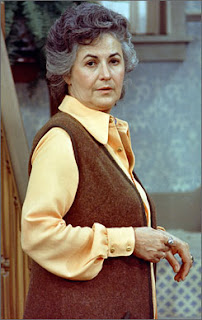 Hey Hunter, it's great to hear from you again and get some updates on what's going on! I wish I could be able to see Hunter Revenge perform on Friday, but I'm afraid I'm on the wrong side of the ocean... =(

Can't wait to hear what's going on with the secret thing with you and Matt :D

Thanks a lot Hunter, I love your posts,"curtains needs to be tall dark and thick" you make me laugh, and please can you tell us something about the new EP it will be great ♥love you♥ xoxo

Hahahaha do you remember what happened fucking yesterday?! Yeah I was there watching you. Don't think I don't know what you did! you little thing you. XD

you have no idea how badly i want to be the teenage mother of your first born.

Bea and I keep the rock n roll alive. Also, I may compliment you on your excellent use of links. I may.

oh congrats on the curtains!
I got a new bead spread and matching pillow cases...leopard! MEOW.

Hope you are well and still have our picture hanging above your trash can!

That may or may not have made me into a giggling mess. Bea is quite the woman.

All in all, I'm quite excited for all the new things you promise, such as music and footwear. Mhm. Links.

Your use of hilarious links never ceases to amaze me. An interview of epicurean proportions.

Also, that puppy is incredibly cute.

What is the puppy pees on the curtains! X sight ed about the new music!

Why didn't I think of it first.

Man, that's a ton of links. Nice one, man. Glad to hear that someone besides me can appreciate the golden girls. As some others have said, Bea Arthur is quite the crackup, as are you. :3

This has been the best update from you by far Mr. Burgan. The link with Link killed me. I wish I could go to your Pomona show on Friday but sadly I cannot. I'm sure you'll have a super time though!

I have a feeling I know what your secret stuff is as well.

"Bea: Did you just insert a link?

I laughed for an hour at that. Well maybe not an hour, but you get the point.

love all the links! i think i've figured out the secret too... wish i could be at warped tour but i don't live close at all!

I want to be at Warped Tour!
Since I love you and all, can I score some free tickets? LOL

I love your humor. You should write a memoir or something :D

Haha, you crack me up with all your crazy links! Love the interview, Bea did a great job. :)

I am excited I can't wait for the AFI material.

By the way nice interview, I laughed so hard xD

LOL that was hilarious, with all the links.

Tell me about secret stuff.
Or you shall die, and you, and everyone in this canteen. Death by tray it shall be!


*That was an Eddie Izzard reference, not a threat. =P

haha thanx for updateing huner! I wish i could go see Hunter Revenge but i don't even live close :(

Haha great stuff. =]
Hope all is well & the new album is going fantastically!

I really enjoyed the links.

... What on earth?
Don't you have anything better
to do with your time?

Try a video game once in a while.

I always love it when you update! You make me laugh! ♥

you really need to update this more, it's always good times when you do.

I've heard that Bea Arthur is a hell of an interviewer.

I totally love you right now. :D
I wish I could come see your concert but sadly I live on the wrong coast.
Golden Girls is only the most awesome show ever.
:)

Witty. Very witty. That suit and Hunter the dog would make you a total chick magnet. Hot. White hot.

Play warped tour in Milwaukee. I'll make you a tofu wrap and we'll drink coffee. I read a report today that drinking up to six cups a day can actually lengthen your life. Number six for today is on it's way....

Thanks man, I'm having a bad day and that seriously made me laugh. Thanks for that update man.

my favorite was definitely the "no one will ever know" link.

jajaja
so fun!!!
did you insert a link....jajajj i love that

I wish I could have seen you at Warped. I also missed the interview because I fell asleep. You give the best interviews. :)

Thank you for sharing and always making it interesting!

p.s. Sept sounds like a great time for Hunter Revenge shows....because I'll be near Oakland then. :)

Can't wait to hear your secrets..... But in the mean time, here's a little poem I wrote about one of our fave things! Enjoy.


Strong and nicely tanned.
At my desk, I think of you
Our afternoon tryst.

Your scent fills the air
Before I am awake.
Ready and waiting.

Strong and nicely tanned.
Elixir for the weary.
Pick me up. Java.

i know what your secret is i know what your secret is =D i talked to eric and geoff who told me it might be going on and matt eluded to that as well a while back... plus it doesnt help that you said a few months back that you were reminising about it, publicly... i think im just gonna have to ask ken if he knows anything more about it because i cant ever get a hold of matt... lets hope it has the old ebhc vibes to it... boy o boy dont you wanna know who i am... probably not hun

It's great to hear about your musical projects, taste in curtains, new shoe design (!!).. All in all, it's just great to hear from you! (Even if I am almost a month late replying to this entry!)

The 'Link' part especially made my day (huuuuge Zelda fan). I wonder if you’ve ever played any Zelda games? ;)

Much love & best of luck! Thanks for keeping in touch. =]

picture of a giant boulder for catchy songs! lol! :D

I can suggest you Kafgar Commercial Coffee Roaster Machine. https://kafgarglobal.com/

I can suggest you Kafgar Commercial Coffee Roaster Machine. https://kafgarglobal.com/

Hello My Friend. I can suggest you Kafgar Commercial Coffee Roaster Machine: www.kafgarglobal.com