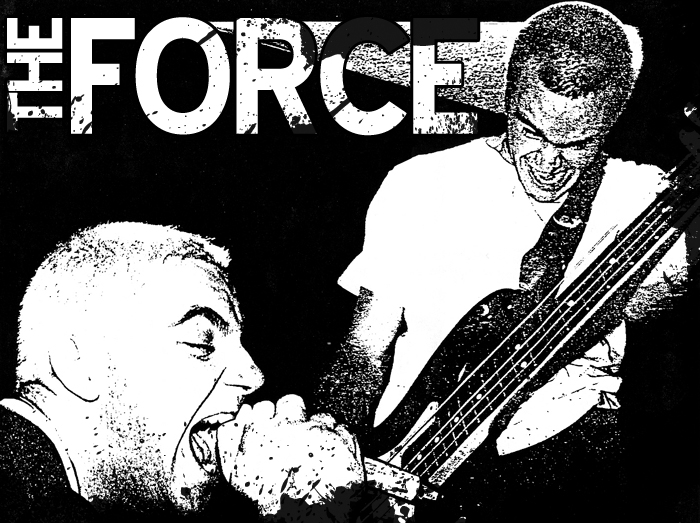 The Force, my band before I joined AFI, is reuniting for the first time in 10 years to play three special shows. This will be the first time I've stepped onto the stage with Matt Wedgley (Viva Hate), Mark Roustabout (The Roustabouts) and Chad Cox since we broke up in 1998, and I'm really excited! We hope these shows will give our fans (as well as those who missed The Force the first time around) a chance to see hardcore like we played it 10 years ago.

To listen, go check out (and add) The Force's myspace: www.myspace.com/theforcerip I'm not asking you to...I'm telling you to.

Like I said, The Force will only be playing three shows. The first show will be in our hometown of Grass Valley, CA followed by two more California shows. My apologies to everyone outside of California. I wish we could play everywhere, but we have to limit it to the following shows:

Also, we will be releasing a complete discography, containing every song The Force ever recorded. The limited edition, 21-song double-LP will be sold at the shows as well as online while supplies last.

Join our mailing list at www.theforcerip.com to receive personal updates from me about the shows, the discography and a few other surprises!

I hope to see everyone there!